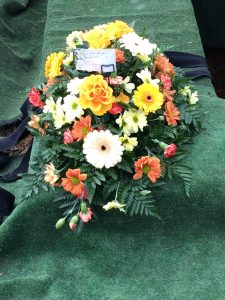 Dave Powis, G4HUP, was a proud Yorkshireman by birth. In 1965 he joined the GPO as a Youth in Training at Colchester, Essex. Whilst there he developed an interest in amateur radio and gained his Class B licence with the callsign G8BPJ.

In 1976 he became a radio school Instructor and then Lecturer at the GPO Central Training School (later the BT Central Training College), Stone. Whilst there he taught radio related subjects to many GPO students, many of whom remained firm, lifelong friends with Dave. Who could forget GB3CTS, the Central Training School amateur radio station and, allegedly, the very first GB3 call ever issued? Dave and his colleagues regularly operated this station, which was used to teach Radio Interference Service staff how to set up, monitor and inspect amateur radio stations. Many of the students were from overseas administrations on UN sponsored courses. The School’s reach really was global. 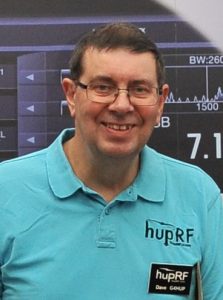 Dave gained his G4HUP callsign at this time.

The GB3CTS station was used to work many of the early cross-band 10m to 6m stations, worldwide. It was this activity that earned Dave one of the first forty 6m special activity licences issued by the Ministry of Posts and Telecoms.

Dave moved to BT Research Labs (BTRL) in 1983, where he worked on the Kite cordless telephone; no doubt building on his knowledge of 50MHz in the 49MHz/1.7MHz allocations used by this early cordless phone! Whilst at BTRL he was a very active member of the Martlesham Radio Society, G4MRS, participating in many of their successful contest entries.

After returning from a spell of work in Germany, where he was known as DL4MUP, Dave became a college lecturer, building on his early activities at Stone. He also held the US Extra callsign ND8P.

Dave was a well-respected tutor and mentor. During these years Dave was also a very active member of several radio clubs, mentoring many candidates to gaining their amateur radio licences, running the clubs and promoting amateur radio at various events. In particular he set up the really successful Morse facility at various BBC local radio events remembering the contributions of radio and telegraphy in WW1.

More recently Dave was a leading member of the team that set up Suffolk RED that aims to foster amateur radio and electronic skills at bi-monthly meetings in Suffolk. He also spoke and ran popular hands-on sessions at the RSGB Convention, which were always very well attended.

He joined the Examinations Standards Committee in 2007 and spent much of 2016 working with the Exam Group on revising the licence syllabuses. Late in 2016 he became RSGB Exam Standards Committee Chairman and was just beginning to bring his newest ideas to bear.

Dave is also well known for setting up a small company selling RF related products under the HUPRF label. The future of the company is not yet clear.

Dave leaves a wife, four sons and their families. He also leaves a brother and sister.

Tribute by Sam Jewell, G4DDK
with contributions by others

Well, I first met Peter just over 5 years ago when he was a tutor on the Foundation Course I was taking at the age of 62 – my first contact with Amateur Radio. Peter left me with a lasting impression of a man who would do anything to help anyone.

Somehow, Peter singled me out as someone who had an enquiring mind and enjoyed a challenge and we soon became good friends I often listened to his stories from his youth and working life whilst drinking tea in my conservatory. Peter could always solve any problem and 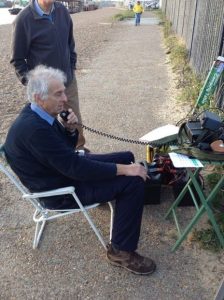 was always willing to help each and everyone.

One of the nicest things was to be welcomed into Peter’s home and meet his lovely wife Sue and their sons, Carl and Mark. It has been a privilege to know them all and in some small way help in Peter’s final struggle.

One of the hardest things in the future will be having to adjust my stock reply when someone has a problem I can’t resolve, which was “ask Peter”.

You will always be with us in spirit – R.I.P. Peter G8BLS – one of the nicest men I have ever had the pleasure of calling “friend”.